The wastegate is a small valve, which is used to control the amount of boost the turbo makes. It opens at a pre-determined limit, to allow surplus exhaust gas to by pass the turbine and disappear straight down the exhaust pipe once the boost limit is reached. 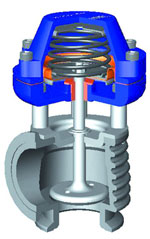 Most engines can handle a small amount of additional boost but the temptation is to keep going, as it’s relatively easy power.

But there is only so much boost that a turbo can produce. For a given turbo, the boost pressure is dependent on the amount of exhaust gas going through the turbine. This is controlled by a small valve, known as the wastegate, which opens at a pre-determined limit, to allow surplus exhaust gas to by pass the turbine and disappear straight down the exhaust pipe once the boost limit is reached. 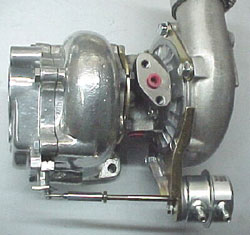 Normally, wastegate will have a spring on one side of the diaphragm and boost pressure on the other side. At the point when the boost exerts force greater than the spring pressure, the gate opens to bleed off the exhaust gases. Typically, reducing the pressure seen by the west-gate or increasing the strength of the spring will make the west-gate open at higher boost pressure, hence the engine will get more boost and power. However, the limit to this is what the turbo can handle, both physically and from an air flow point of view. If too much exhaust gas is sent through the turbine, the unit can overspeed, which puts big mechanical stresses on it and can lead to all sorts of problems, such as breaking shafts or compressor wheels failing.

In addition, the air flowing into the engine can start to get very unpredictable, a situation known as ‘surge’. This can have very detrimental effects on the engine’s internals and power delivery. The solution is to tailor the turbo itself to the requirements, and if necessary replace a standard version with one designed for the job. This can be a physically bigger turbo or a combination of different turbine and compressor characteristics. 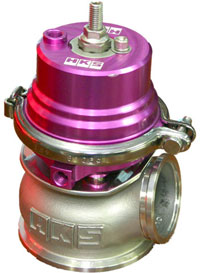