Brake fluid is possibly the most crucial aspect of the whole braking system, since it is what transfers your stomp on the pedal into clamping force at the caliper. 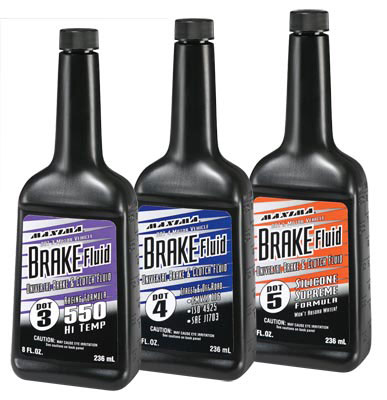 But it's also probably the least considered aspect.

With brake fade, the remedy is to simply stop using them and let them cool down. However, if you don't and keep trying to stop, then you would probably start to transfer significant amounts of heat into the fluid, which is, after all, filling the calipers.

If enough heat goes into the fluid, then it can boil, which is a very bad thing. Fluids are incompressible but vapour is not. So when the fluid boils, it turns to vapour and as you hit the brakes, you just compress the vapour, rather than forcing fluid down the lines to the caliper. So the pedal can go to the floor and nothing happens.

If you plan to be using your brakes very hard, then it's worth considering upgrading the fluid. However, only to a point. Fluids with very high boiling points tend to absorb moisture at a higher rate. That's fine for race cars, where the brakes would be bled for every race, but might not be useful for a normal car.

The three main types of brake fluid now available are DOT3, DOT4 and DOT5. DOT3 and DOT4 are glycol-based fluids, and DOT5 is silicon-based. The main difference is that DOT3 and DOT4 absorb water, while DOT5 doesn't.

As a DOT3 or DOT4 brake fluid absorbs water, its boiling point decreases. It can absorb water from the air, which is why you should avoid opening the car's brake fluid reservoir. For the same reason, you should always keep containers of brake fluid tightly sealed.

DOT5 fluid does not absorb water. This means the boiling point will remain relatively stable, but it also means that any water that does get into the brake system will tend to form pure water pockets, which could cause brake corrosion.

Additionally, none of the different types of brake fluid should be mixed. They can react badly with each other and corrode the brake system.